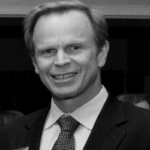 He served as Senior Vice President, General Counsel and Corporate Secretary of HD Supply, Inc. from August 2007 to April 2015, and was a leader of HD Supply’s Initial Public Offering of June of 2013. During this period, Mr. Nuñez was responsible for managing the HD Supply Legal, Real Estate, Loss Prevention, Corporate Security, Business Continuity and Environmental, Health and Safety operations.

Mr. Nuñez previously served as Vice President of Legal Operations of The Home Depot, Inc. from August 2005 to August 2007. Prior to The Home Depot, he held leadership positions at General Electric (GE) Energy, which included lead legal counsel responsible for global manufacturing and sourcing, global compliance, and sales of products and services. Prior to joining GE Energy, Mr. Nuñez served as Counsel at Esso Inter-America Inc., the Exxon affiliate responsible for downstream operations throughout Latin America and the Caribbean.

Prior to corporate practice, Mr. Nuñez was in private practice launching his career at Miami, FL based Steel, Hector & Davis (now Squire Sanders) where he practiced commercial real estate and land use law primarily. He is active in various civic and charitable organizations and currently serves on the board of directors of The Atlanta Speech School.

Mr. Nuñez holds a Bachelor’s Degree in Economics from the Wharton School at the University of Pennsylvania and a J.D. from Columbia Law School.